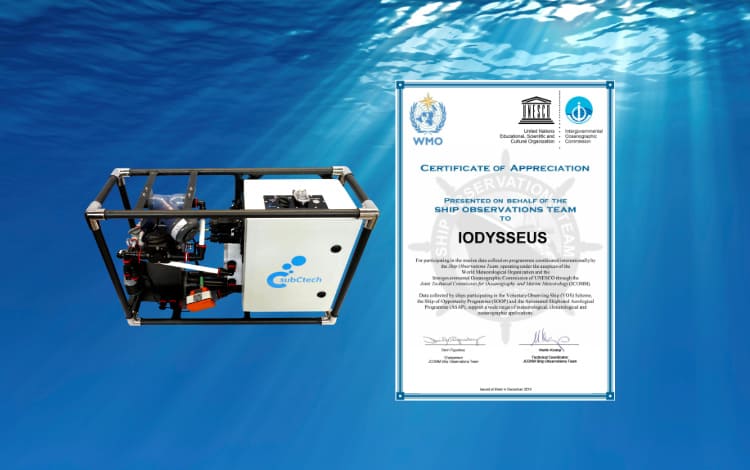 SubCtech is happy to announce, that one more sailing project had been recognized for its commitment in sustainable ocean observation. The project “Iodysseus” (by skipper Eric Defert) collected biological, chemical and physical data during its 2 month journey in the North Atlantic.

Our OceanPack™ RACE system was an integral part of the project and delivered valuable data for a better understanding of the global carbon cycle. “Iodysseus” has received a SOT certificate (Ship Observations Team), which was issued under the patronage of the WMO (World Meteorological Organization) and the Intergovernmental Oceanographic Commission of UNESCO and confirms the quality of the data collected and its open access. #sailingmeetsscience