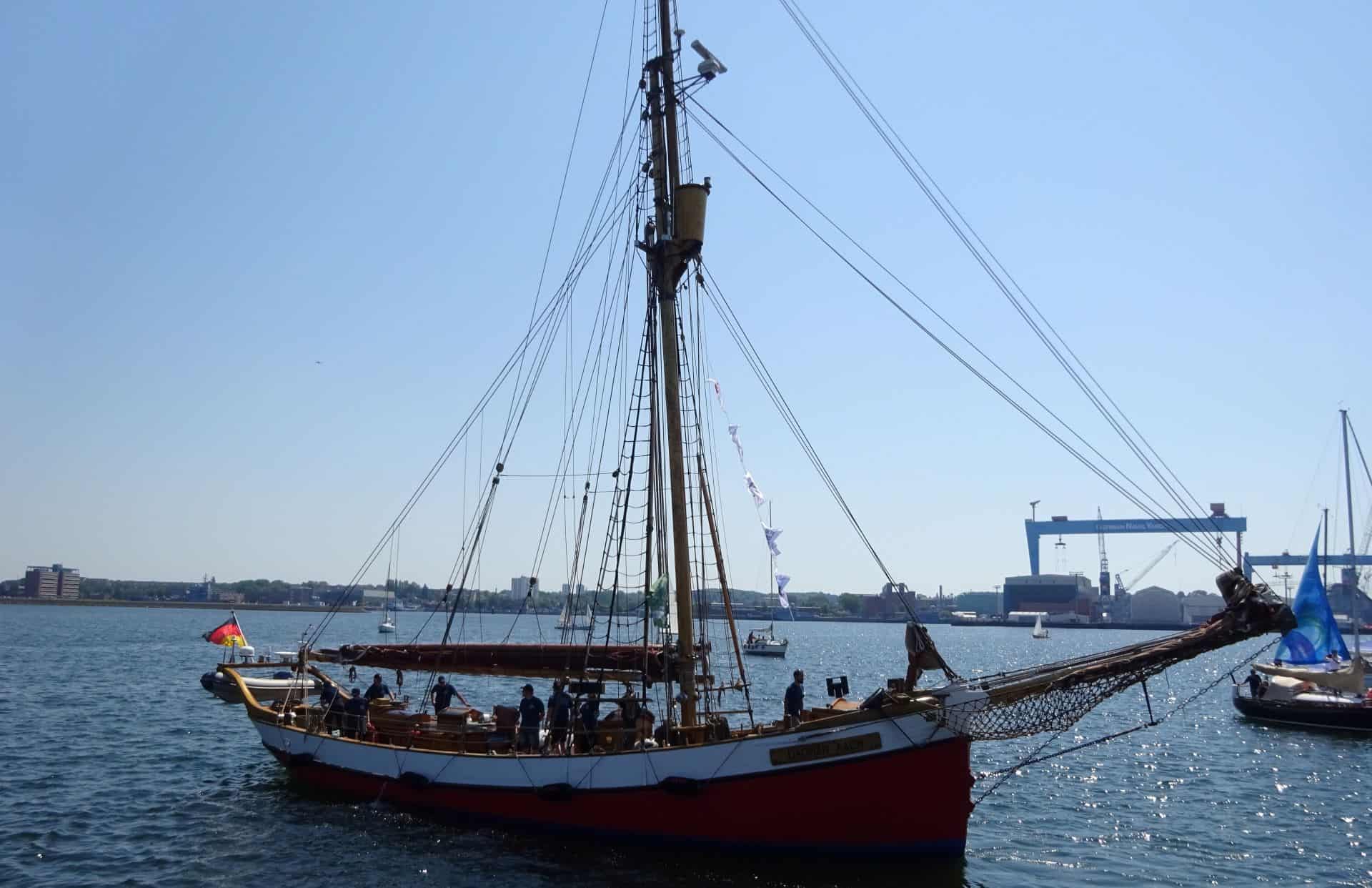 Yesterday, Arved Fuchs and his crew set off from Kiel on the “Dagmar Aaen”. It is the continuation of the previous OCEAN CHANGE expedition series.

Global warming is changing the framework conditions for a complex and fragile system. The aim of the OCEAN CHANGE expeditions is to detect and document such changes and their effects and make them understandable and tangible for the population. What effects does a weakening North Atlantic current have on countries, people, and marine flora and fauna? What are the effects on the weather?

On board the sailing ship “Dagmar Aaen”, Arved Fuchs and his crew will investigate these questions. From Germany it sails first to the North Atlantic towards Iceland, then to the east coast of Greenland, south around Cape Farvel and on to the coast of Baffin Islands and Labrador.
The expedition will continue in the following year. The return to Germany is planned for autumn 2022. The project is intended to appeal to both the media-oriented and the scientifically-oriented general public and take them on board. Live access to navigation and measurement data, as well as to cameras, enables a virtual experience of the situations on board.

Blending the information with real-time analytics will create context with the environment. SubCtech is proud to be a sponsor of the expedition and to have installed an OceanPack system on board the “Dagmer Aaen” for the collection of the scientific data.