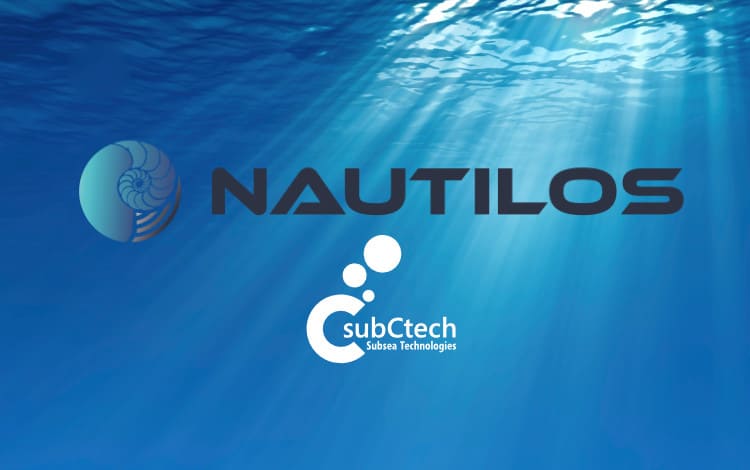 NAUTILOS – New Approach to Underwater Technologies for Innovative, Low-cost Ocean observation  is an H2020 project funded under the Future of Seas and Oceans Flagship Initiative, coordinated by the National Research Council of Italy (CNR), that brings together a significant group of 21 entities (including SubCtech) from 11 European countries with multidisciplinary expertise ranging from ocean instrumentation development and integration, ocean sensing and sampling instrumentation, data processing, modelling and control, operational oceanography and biology and ecosystems and biogeochemistry such, water and climate change science, technological marine applications and research infrastructures.

“The NAUTILOS project is made up of a group of researchers, entrepreneurs of a heterogeneous nature, mixing young and senior staff but from institutions and companies with extensive experiences. Most of the partners already have common previous experiences in projects and collaborations, and I am sure that bringing together many people who share a joint goal will undoubtedly be a demanding job, but which already looks promising. I am confident that, with the group of partners who joined for this project, a new approach for the improvement of Ocean underwater observations is achievable, as the title of our project states.” Gabriele Pieri (CNR), Project Coordinator

NAUTILOS is one of two projects included in the EU´s efforts to support of the European Strategy for Plastics in a Circular Economy by supporting  the demonstration of new and innovative technologies to measure the Essential Ocean Variables (EOVs).

Among other tasks, SubCtech will develop a submersible micro plastic sampler. This innovative instrument will help to understand the pathways and fluxes of (micro)plastic litter in the ocean.

NAUTILOS will fill-in marine observation and modelling gaps for chemical, biological and deep ocean physics variables through the development of a new generation of cost-effective sensors and samplers, the integration of the aforementioned technologies within observing platforms and their deployment in large-scale demonstrations in European seas. The fundamental aim of the project will be to complement and expand current European observation tools and services, to obtain a collection of data at a much higher spatial resolution, temporal regularity and length than currently available at the European scale, and to further enable and democratise the monitoring of the marine environment to both traditional and non-traditional data users.